This is a filmography of all the films that Tex did for MGM. It's also a track listing for the laserdisc box set. If you're looking for a box set, drop me an email and I'll try to help!

A wolf that resembles Hitler takes a crack at the three little pigs.

A worm tries to outmaneuver an early bird with aid from a cat.

Droopy tracks down escaped convict Wolf. Is this the only cartoon where Droopy actually barked??

Wolf tries to pull the old Red Riding Hood gag in order to meet up with Little Red, but Grandma has other ideas.

Wolf, dressed as Santa, tries to bag some ham but is outsmarted by Jr. Pig.

Two buzzards are desperate to get a bite to eat.

Screwy Squirrel beats the stuffing out of Sammy Squirrel then torments Meathead the Dog for the rest of the picture.

Avery spoofs baseball. That guy in the stands should have just kept his mouth shut.

Screwy skips school and wreaks havoc on the truant officer.

A clever turkey eludes the pilgrims at Plymouth Rock.

Once again, Wolf tries to kidnap Red but Droopy is in the way.

Screwy is adopted by Lenny the big dumb dog. This is the last Screwy Squirrel cartoon.

A dumb cluck rooster tries to prevent a suave rooster from stealing the chicken of his dreams.

Droopy is once again in hot pursuit of escaped felon Wolf. If bug-eyed double takes is your thing, this is the only cartoon you will need to see.

A hungry George & Junior try to catch some chickens.

The truth about Uncle Toms Cabin. This is the first one of them Hollywood cartoon companies ever got the straight dope on this Uncle Tom stuff.

The biggest, baddest lion in the jungle is put in his place by a mouse.

Homer falls in love with a female flea who lives on the back of a bulldog.

A little skunk will try anything to find a girlfriend.

A pesky little duck is too much for these two hunting dogs to handle.

George & Junior hunt for the worlds smallest pygmy so they can claim the $10,000 reward.

A cat that is fed up with people goes to the moon only to find out that people arent so bad after all.

A kitten enlists the aid of a black cat who causes things like flower pots, safes, and battleships to fall on a bulldog that is tormenting him. This is my very favorite Tex Avery cartoon.

Droopy and Wolf battle it out in a bullfight.

The future home is demonstrated. Man, that sandwich maker rocks!

Speedy is ready to go hunt rabbits, but can he get a good nights sleep so he can get up at 5 in the morning to blast that bunny?

Spike stands to inherit millions of dollars if something should happen to Droopy.

A city wolf tries to show his countrified cousin some culture by introducing him to a real Red Riding Hood.

A cat tries to disguise himself as a dog in order to get to a canary.

A cat confuses a dog by throwing his voice. This one of my all time favorite.

A slightly crazed cat tries to kill the cuckoo in a clock.

Spike is trying to bury his bones with no help from a pesky little gopher.

Droopy and Spike compete for the title of "King of Sports". Not to mention a kiss from the "Queen of Sports".

A shoemaker gets a little help from some elves.

Spike is having a little trouble sleeping thanks to a loud-beaked rooster. My favorite.

Droopy and Spike compete to become the Daredevil Dog at a circus.

Droopy and Spike compete for the title of Best Scout, and a chance to meet the President.

Joe is having trouble getting his point across to the keeper of the Pearly Gates.

The future of automobiles is displayed here.

Spike wants a free meal, but Droopy and Drippy have him slightly confused.

The Great Poochini in tormented by a magician who he had earlier rejected. Now this is a classic. If I had to choose a favorite, this would be it.

Dad assumes Junior is going to grow up to be just like him; a taxi cab. But Junior has other ideas.

Spike gets a job house sitting for a high-strung hibernating bear. All he has to do is keep it quiet. If I had to choose a favorite, it would definitely be this one.

A WWII bomber is tired of seeing jets, but changes his mind when his son turns out to be a jet.

The future of television is reviewed here, although there is no mention of Dolby THX.

Snoopy, Loopy, and Droopy try to elude a low-key wolf dog catcher. If I had to choose a favorite, it would be this one.

Droopy and his sheep have to defend themselves against the Wolf and his cattle. This is my favorite by far.

Droopy must defend his new ranch against Dishonest Dan. My favorite by a long shot.

Check out the farm of the future.

Poly-Itchy, the flea circus clown, will do anything to get attention from FiFi LaFlea.

The story of Dixieland musician John Pettibone and Pee Wee Runt, the horn blowing flea. Together they make it to the Hollywood Bowl. If I have one favorite, its this one.

We follow Ed on his fishing and hunting adventure.

The story of the first bank robber and cattle rustler; Dinosaur Dan. If I had to choose one to be my favorite, this would be it.

Droopy must guard the safe from Slim and Shorty. This one is my favorite.

Spike escapes from prison and ends up in the wardens TV set. This is my favorite.

Letterboxed remake of Wags to Riches. 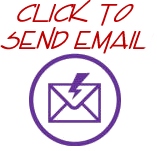 Go back to Tex Avery Tribute